Bring a lawn chair, blanket, $ for snacks, friends, family and your dancin’ shoes!

Diane Lines received her musical education at the Banff School of Fine Arts, the Humber School of Creative and Performing Arts in Toronto, and at Cleo Laine and John Dankworth’s  Wavendon Music Program in England.

Diane has been playing keyboards and singing with Canada’s “King of Swing” Dal Richards and his Orchestra (now the Dal Richards Tribute Orchestra) for the last 10 years and is featured on 4 of Richards’ albums: The Swinging Years; Dal Richards and Friends, Dal Richards: One More Time, and the soon to be released Keep on Swingin’. Diane was also the pianist for Grammy nominated Michael Bublé for two years

The Bruce James Orchestra is a 19-piece Big Band “Bringing the Best of Big Band” to B.C.’s Lower-Mainland. Our ensemble has been providing exceptional big band/dance band music in the Vancouver area since 1999. We perform a variety of big band arrangements from the classic Big bands of the 1930’s such as Glenn Miller, Benny Goodman and Count Basie through the “crooner” hits of Frank Sinatra and Dean Martin, to the sultry sounds of Ella Fitzgerald, to present day swing classics from artists such as Michael Bublé, Big Bad Voodoo Daddy, Harry Connick Jr and pop and rock hits from Artists such as Chicago, Stevie Wonder and Spyro Gyra – just to name a few! The band performs for events such as dances, weddings, anniversaries, jazz clubs, pubs, fundraisers, corporate events, concerts in the park, and jazz vespers. We are an ensemble which prides itself on excellence – not only in our music, but in showmanship; we incorporate energy and flare in our shows, and incorporate rehearsed choreography in our musical selections. We come equipped to be costumed in formal black tie and gown wear, military tans with wedge caps and our standard uniform – our “swing era” look complete with fedoras, suspenders, swing shoes and our signature blacks with yellow ties. The band has been a musical presence in the Greater-Vancouver area for the past 22 years, and are always open to new performance opportunities.

The Bruce James Orchestra is honoured to be able to be the “host” band for the Summer Serenade 2021 Concert Series in beautiful Pitt Meadows, and thanks the City of Pitt Meadows, Mayor and Council for their hospitality. The band also extends gratitude to the Katzie First Nation for sharing their unceded traditional territories and ancestral lands where we live, work, play, perform and bring together community through music with the people of Pitt Meadows.

The James Thorhaug Band plays the blues, mixed with a little soul jazz, swing, surf, and some funk for a hot stew of tasty covers and cool originals. The band emerged from the local Greater Vancouver blues scene, hosting jam sessions and playing in a wide variety of different bands. After working with literally hundreds of blues musicians over the years, from raw blues rockers to seasoned jazz pros and beyond, the band has become a tight unit, showcasing their blues knowledge and experience. They look forward to boogie-ing with the lovely people of Pitt Meadows July 28th at 7pm!

Warm and blues oriented, their sound is distinctive and they groove as one! Linda is an accomplished and versatile singer in many genres who has loved and listened to jazz throughout her life. She is a musician and a singer: combined with her lyrical, flexible voice  and rhythmic sensitivity ,she is a natural improviser.

This group successfully interprets a wide repertoire-vocal and instrumental jazz hits from the 20’s/30’s to the 70’s-and a diversity of styles within the genre: classic jazz standards, swing era tunes, blues-inflected jazz, latin/bossa and 70’s funk. The group also loves jazzy pop tunes and will treat you to their favorite Beatles and Bacharach selections.

Recent projects include a tribute to Doris Day and Anita O’Day called “What a Difference a Day Makes”; Jazzlinks opened up North Delta’s new Arts Centre with this tribute show in February2020.Post-Covid, the group has hosted two very successful Livestream concerts, one of which was generously sponsored by the Abbotsford Arts Council as part of the Mill Lake Music series.

Double Overtime has been on the Metro Vancouver scene for decades. We’ve played promotions, special events, fundraisers, corporate parties, private parties, weddings, and more. What sets us apart from the rest is our versatility, energy and showmanship. Don’t be fooled by some of the grey hairs – Double Overtime is very experienced at providing a tight, high-impact show with wow-factor and groove to get any audience moving.

The calibre of the musicians means that we really can play anything. Sure, our specialty is Stevie Wonder, Tower of Power, Chicago, Van Morrison, Commitments, and soul and R&B hits of that variety… but Bruno Mars? No problem. Elvis? Uh-huh. Black-Eyed Peas? Nailed it. With the talent in this group, we can do all your favourite dance hits from the 60s to today. 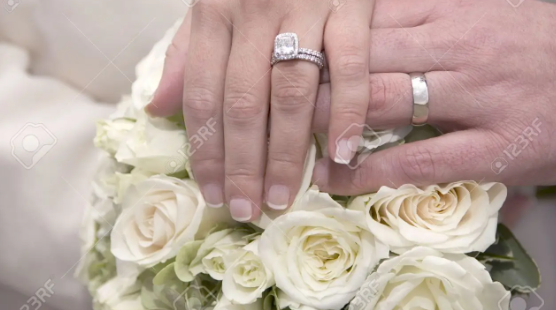